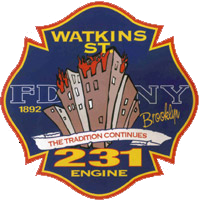 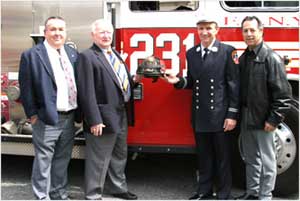 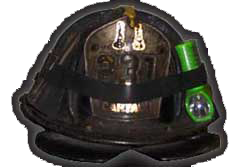 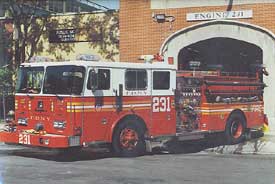 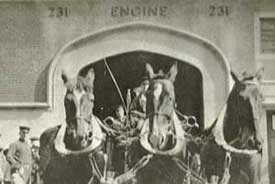 On January. 30th, 1922 – FF Steihler was hung by his ankles by his comrades “pendulum style” from a cornice of a 3 story building at 251 Christopher Ave. to effect the rescue of 5 people who were not within reach of ladders, had no fire escape, and were ready to jump if not for his quick actions.

On August 22nd, 1924 Lt. Edward F. Gross rescued a young girl at 2:43AM at 319 Osbourne Street. He carried the girl out via portable ladder without a hoseline in place.

The Stephenson Medal was awarded to Captain Levy in 1936 for having maintained the best disciplined and most highly efficient company in the Department. Captain Levy would command E231 for an astonishing 27 years!

On November 4th, 1965 Lt. Wetzel had a confirmed report of children trapped at 712 Stone Ave at 7:20PM. He crawled on his belly under the flames and past the fire to the rear bedroom where he found two children. Shielding them with his own body, he crawled once again past the fire and handed their limp bodies to his awaiting men. The children would survive the harrowing ordeal thanks to Lt. Wetzel’s quick instincts which were done without a mask and before a hoseline was in place.

On May 14th1989 ,E231, under the command of Capt Coniglio, responded to a project fire at 251 Osbourne Street. The job would turn out to be a long stretch to the 5th floor as the Captain entered the apartment well before a hoseline was in place. He was informed that 3 people were trapped in the rearmost bedroom. He quickly made the last room where he physically pulled a woman back in who was on the edge ready to jump. As he awaited water, he would share his air with the three occupants thereby preventing them from further panic and sure certain death.